What is Blockchain Technology?

Blockchain is distributed ledger technology (DLT) that underlies cryptocurrencies like Bitcoin and platforms like Ethereum. The idea behind blockchain is to create a permanent, public, transparent ledger system for compiling data on sales.
This will enable the system to track digital use and payments to content creators, such as wireless users or musicians. Blockchain is distributed ledger technology that can securely record and verify transactions between two parties without the need for an intermediary. This has far-reaching implications for businesses, governments, and consumers.

Blockchain was first proposed in 2008 by Satoshi Nakamoto as a way to enable online payments without relying on trusted third parties such as banks or payment processors.

The technology behind blockchain enables people to transact directly with each other without having to rely on intermediaries like PayPal or Visa which means no fees are charged when transferring money between individuals (or organizations).

The result: faster transactions, lower costs, and greater transparency across all industries using this new paradigm shift in financial services.

Each Block contains a Cryptographic Hash of the Previous Block, a Timestamp, and Transaction Data

Blockchain is an advancement in distributed ledger technology (DLT) that was created to handle transactions between multiple parties without the need for middlemen or third parties. Each block contains a cryptographic hash of the previous block, a timestamp, and transaction data.

Each block also contains an encrypted message called “the hash” that links it to its predecessor in the chain. A SHA256 cryptographic hash algorithm is used to generate this unique identifier for each new block added to the chain.

Blockchain is a public ledger that records transactions between users. The blockchain contains all the information about each transaction and is distributed across a peer-to-peer network of computers. This means it’s not stored in one central database and cannot be controlled by any single entity.

Blockchain is a decentralized system that allows digital transactions to be recorded and verified without the need for a central authority or government oversight.

Blockchain technology has been around since 2009, but it was only recently that companies began moving away from centralized recordkeeping systems in favor of distributed databases. In other words, no longer do they have to rely on third parties like banks or governments to verify who owns what at any given moment—they can trust each other directly via their private networks instead.

The first real-world application of blockchain technology was Bitcoin, a cryptocurrency that enables peer-to-peer transactions without the need for banks. This is possible because all transactions are recorded on a distributed ledger, which cannot be altered or tampered with by any single user or entity.

When a new transaction is made, it’s added to the end of the blockchain as an unchangeable block. Each block contains data about previous transactions. Each block connects to an additional chain that extends all the way back to the very first Bitcoin transaction ever made. The beauty of blockchain technology is that it allows users to verify transactions without having to trust any single entity or third party.

Blockchains Are Open-Source and Transparent by Design

Blockchain is a shared, decentralized ledger of all transactions that have ever taken place. This can be thought of as a giant spreadsheet where every transaction is recorded and anyone can see it, which makes it transparent by design.

The decentralized nature of blockchains means there’s no single person or organization that controls the network; instead, everyone has their own copy of the database on their computer or phone and can participate in its maintenance if they’d like.

This makes them secure because no one gets to make any changes without permission from all parties involved in any given transaction (which means hackers won’t be able to corrupt or delete them). Because these records are immutable once they’re written down on disk and cannot be changed retroactively.

Therefore, you can trust someone else’s word over yours if they wrote down something incorrectly they’re also extremely difficult for hackers to tamper with since they need physical access rights as well as technical knowledge about how networks work at large scale levels (this creates significant challenges).

Blockchain Technology Can Be Used to Create a Permanent, Public, Transparent Ledger System

Blockchain technology can be used to create a permanent, public, transparent ledger system for compiling data on sales and tracking digital use, and payments to content creators. This could mean an end to many of today’s issues regarding copyright infringement or piracy.

Blockchain technology has the potential to change how we pay for things online and in stores because it eliminates the need for third parties like PayPal or Visa/Mastercard as middlemen between buyers and sellers.

The idea is that everyone involved in a transaction will have their own copy of the ledger and the blockchain with them at all times so they know exactly who they’re dealing with at any given moment in time (or contractually obligated).

Blockchain Is a Powerful New Technology

Blockchain technology is a powerful, cutting-edge technology that has many applications across industries. Blockchain is a decentralized ledger system, where transactions are recorded and verified. This can be done through the use of smart contracts which rely on the use of mathematics and cryptography to verify those transactions.

Blockchain was first developed as Bitcoin by Satoshi Nakamoto in 2008. It became known as a cryptocurrency because it used encryption techniques that allowed users to conduct financial transactions anonymously. This is because they didn’t have to go through banks like Visa or Mastercard, which charge fees every time someone uses their credit card!

Blockchain technology is a powerful and versatile technology that has many applications across industries. It can be used to create a permanent, public, transparent ledger system for compiling data on sales and tracking digital use and payments. This can be used by wireless users or musicians. 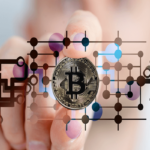